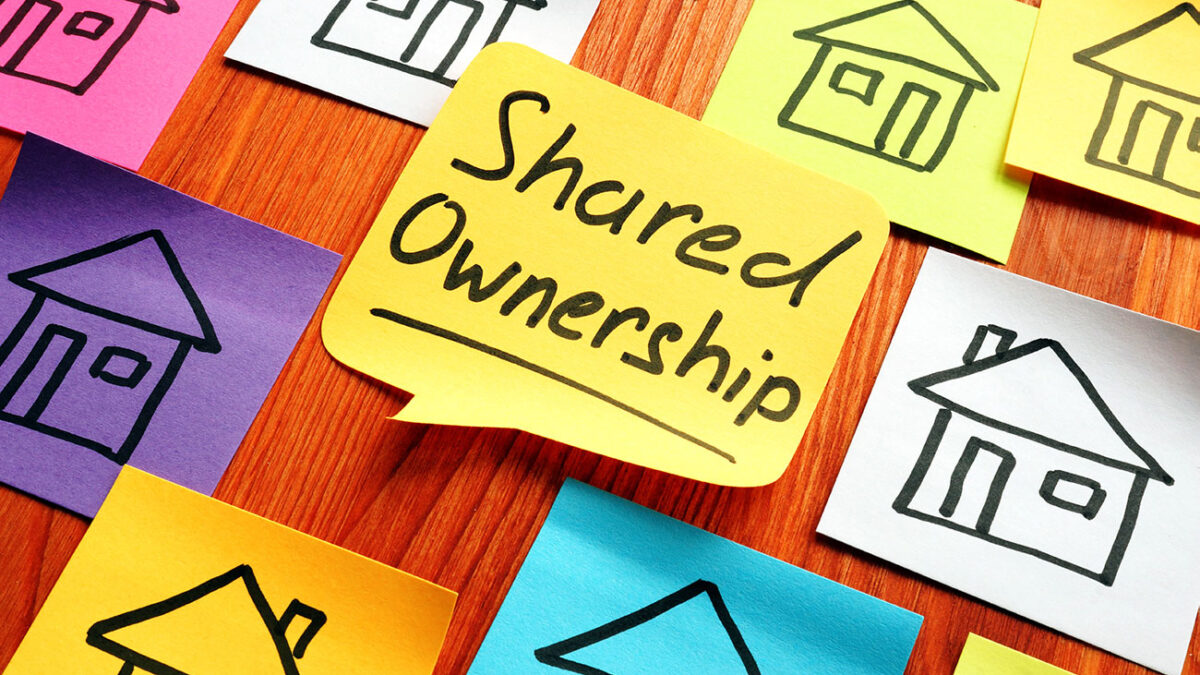 The use of shared ownership and the Help to Buy scheme peaked at the beginning of this year amongst first-time buyers, suggesting higher house prices are having an impact on people’s abilities to own their home either outright or using a traditional mortgage.

First-time buyers are the usual recipients of these schemes but with prices continuing to outstrip wage growth, owning just a part of a property may become a more accessible route for potential homeowners.

So this week, Mortgage Solutions is asking: Could we reach a point where a significant proportion of homeowners share the proprietorship of their homes either with the government or a private company?

There will be a lot more use for it.

Unless property prices come down, the only way to be able to buy a property in the future will be to own part of that asset instead of all of it.

And I do believe we will see more not for profit shared ownership providers come into the sector. Unless property prices are going to come down, which other way will be possible?

Help to Buy ends in 2023 and new schemes are coming out, but we don’t know whether they will work as they have not been tried and tested.

Shared ownership we know because that’s been around for over 30 years. Thousands of people enjoy living in a nice home owning part of it and they can always buy the rest later.

We could also see a return of do it yourself shared ownership (DIYSO) where you find a cheap property and the landlord, who is effectively the bank, will own a share and the buyer will own the remainder.

It used to be big in the past, I can imagine it will come back. So, a growing family can buy a decent sized house and only own half of it on the second hand market.

From what we’ve seen there’s been an increase in London where we conduct most of our business, for new first-time buyers we’ve seen a rise in shared ownership and Help to Buy. Many are also utilising existing equity in their parents’ homes, so they get them to refinance their homes to get the capital.

But I don’t think it’ll be on an equal footing to other forms of tenancy and homeownership, that might not happen in the foreseeable future. That might happen in the next 15 to 20 years. Most people still want to purchase their own home with as much assistance as possible.

The opportunity to borrow from the government is there and people are utilising that but whether that’ll be on the same footing as someone buying a home without government assistance might not happen for some time. Where possible, people want to avoid using government help.

There is less stigma and people are more open to it, however, and will continue to be open to external help.

Those schemes are aimed at first-time buyers for new build and as a proportion of the overall market that’s quite small.

Also homeowners reaching retirement have gained a large amount of equity in their homes over the last 20 years or so, and they are willing to pass that on to their children to help them raise a deposit for a home.

It’s possible that the first-time buyer using part ownership schemes today may keep deferring ownership and never outright own a property due to rising house prices unless the government comes up with another initiative to make it easier to buy a bigger share.

House prices are clearly going up and more people want to buy their own home.

For this reason, I could see more people going down this route.

In terms of what’s available, if you need a family home and you cannot afford it on your own, a government loan is not a bad way to do it. I’ve never been convinced by shared ownership because the client has to pay their mortgage and rent but Help to Buy has offered a great starting point to many.

The government equity loan scheme is great and has replaced the need for shared ownership, because it offers a genuine product and payment is deferred for the first five years.

As long as there’s a genuine escape route, such as allowing buyers to eventually buy their home outright. The government equity loan scheme allows that and for that reason, I never hesitate to recommend it.

With shared ownership, I see a lot of people never staircase and retire only ever owning part of their home.

Overall, I can imagine there will be a rise in people not having full ownership of their home in the future because of rising prices and a desire to get onto the property ladder.

Buy now
We use cookies on our website to give you the most relevant experience by remembering your preferences and repeat visits. By clicking “Accept All”, you consent to the use of ALL the cookies. However, you may visit "Cookie Settings" to provide a controlled consent.
Cookie SettingsAccept All
Manage consent